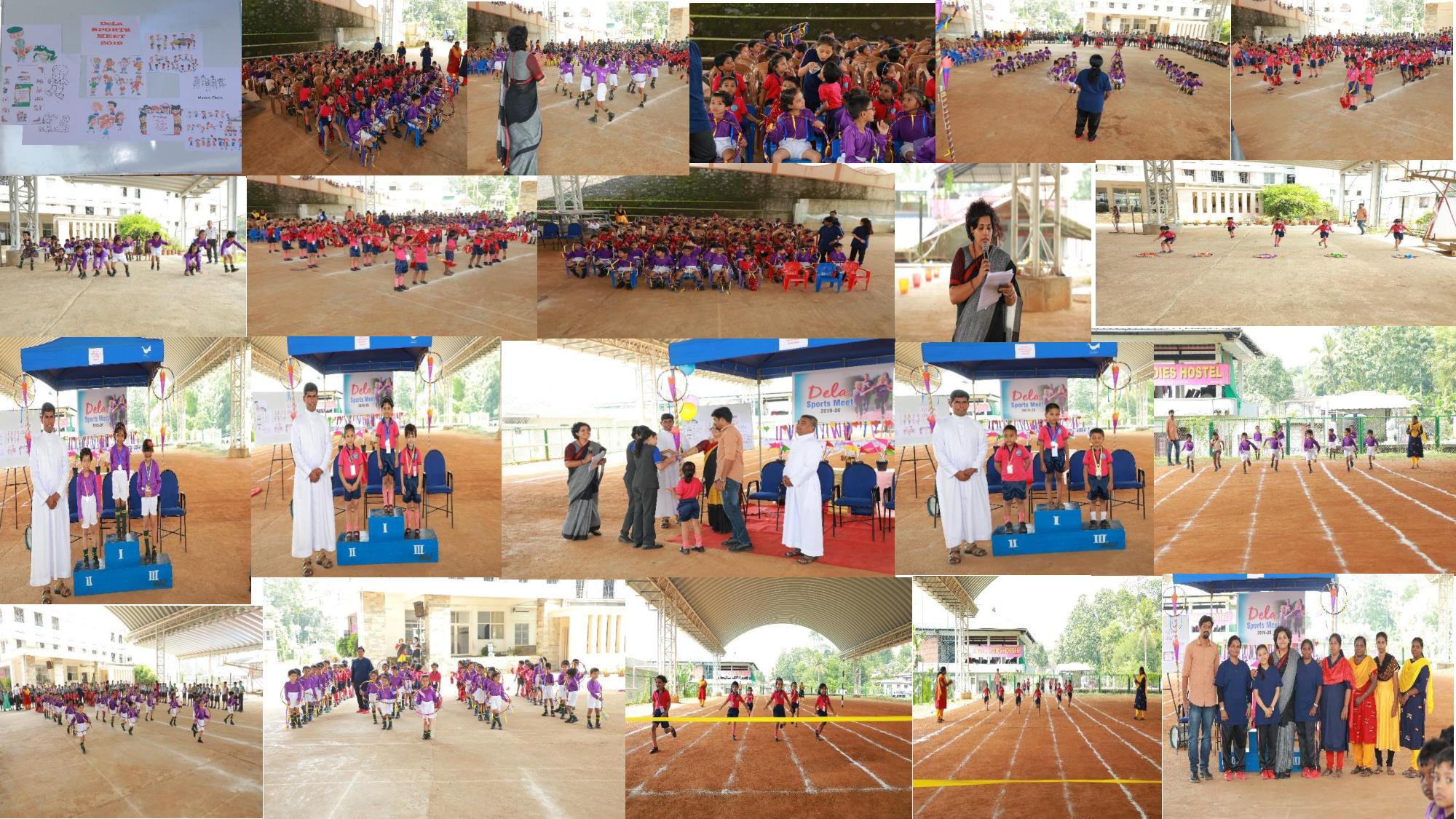 Participating in sports at an early age actually benefits a lot of these kids' academics indirectly. Sports day is a platform to show case the talent and efforts put in by the little children to make it a successful event. Sports at KG level is not about competition. It is about having fun, being physically active, and learning the basics of sports and building co-ordination and motor-skills and so to give the little angels an opportunity to display their self – confidence, patience, and zeal and sportsman ship.

The programme began with the welcome speech by the KG Coordinator, Sheelu Paulson, the great aura of the Principal, Director and Vice-principal drew the attention of those gathered in the ground for watching children's performance. The Sports Day was inaugurated by our students Diya Maria Jaison & Irene Maria Floy, winners of the South Zone Air Riffle Championship & Indo Sri-Lankan Karate Championship by releasing colourful balloons.  The Students of LKG & UKG presented their drills and won the heart of the audience as they swayed and drilled to the beats. It was a delight to see the excitement with which children challenged themselves to attempt variety of races such as Running race, Potato race, and Frog jump.  The presence of parents were noteworthy. The proud winners of the races were awarded with medals Gold, Silver & Bronze by the Vice Principal. Nirajan K S of LKG A was entitled as the Boys Champion and Diya Praveen of LKG B was entitled as the Girls Champion for the LKG Events and Judith Jinu of UKG B was entitled as the Champion for UKG Section.

For little ones, it is important that they participate in Sports Day as they gradually get to understand that daily sports and games are a part of life. Children and teachers immensely enjoyed the Sports Day. The outcome was that they listened well and followed the instructions beautifully. This also helps in improving their movement and coordination skills. They learn to lead, follow and be part of a team.

"There are no limits to what you can accomplish. Expect the limits you place on your own thinking"BRAIN TRACY